Every single animate being follows drives. Certain most visceral pulls, inescapably and leaving little to no room for doubt, sets the being in motion internally or outwardly. At times this motion is stationary, without locomotion – but it is an active presence all the same. Active in the sense of some sort of interaction, a reciprocal acknowledgment and response to the other-than-itself world swirling around and through it. Yes, straight through it – the hardest rocks are penetrated by cosmic rays – the colloquial “stardust”.

But why would any one doubt these urges? Why, in favor of what superior ushering would they choose to abandon the universal wisdom? Universal in scale and universal in age?

We do know that one and only kind of animate being, the grotesque single “animation”, however, who – to make the rule inadvertently that much more apparent – has come to create its own exception to the rule – for contrast. Because the being we are talking about acts as if it could only orientate by contrasts. Acts as if – take note of the pretense. Testing – testing! And repeatedly failing the test, unwillingly assuming the consequences but not learning from those. Pitifully – if the universe could exhibit such – and proudly – for this particular being is more prone to exhibit pride than any other. Someone had it right referring to the phenomenon as “vanity fair”. And this creature puts this performance on bound by its head-crafted follies.

The wildest and most unpredictable air or water currents are free of follies. Their plays are all within the cosmic flow, regardless how far out they lie from “mainstream” norm(ality).

Nothing, no one heeds the head as blindly as the satirical character we recognize ourselves in.

But let’s move on without being the maverick for a while, as if we didn’t matter. Because in a cosmic sense we don’t, not even if we were the only creatures ever touring the cosmos outside of our home planet. Humans are but a smaller-larger collection of atoms excreting and being excreted. Without sarcasm or chagrin, just stating the fact.

The boulder splits off, turns valleyward, splits up, the grit turns to clay and dust and goes airborne to precipitate again some random(?) place. We have the strong deductive suspicion that the similis simili gaudet theorem holds true to clay particles as well. There is near-intentional, unconscious affinity among the like.

Amoebae extend their pseudopodia toward some stimuli. Right impulse – right extension or repulsion.

The bird throws itself into the air with instinctual purpose – still, the head is small, not by accident. Aerodynamic in shape, yes, the winged skull encapsulates all the brain. Anything behind has to do with inherent feelings – as is with humans, likely concentrated in and around the gut. The “wise” owls themselves, with the largest heads, are no exception and, like any other bird, whenever it throws itself into the air, it must follow the same simultaneous and complex response of push and pull that stems from the reciprocity with the outer world in presence. This same no-brainer, ancient-most act we just talked about in the case of single-celled organisms.

Fish swim, live in shoals, acting as one beyond any imaginable brain-controlled reasoning. As those artful, mesmerizing murmurations of starlings are one large self-delighting instinct that surely delights any onlooker – sheer joy of life. An extravagant, yet gentle celebration of being who you are. An assertion that hurts no one – perhaps with the exception of those Roman car owners, whose vehicles are parked beneath.

Not following any particular order in planetary evolution, we can talk about the self-willed, spontaneous, certainly mindless air flow that picks up, incorporates, drops down, enlivens, becomes sound or utterance in the throat until the last one is picked up by the same one air to mold it into something or someone else. Free of cognition.

Water – frozen or not, free, untamed, unadulterated water is imbued with purity. A message that ought to be true from raindrop to ocean mist, high in the sky and deep under ground, yesterday, today, tomorrow, forever. Local flavors but universal essence: an inescapable move toward rejuvenating transformation. 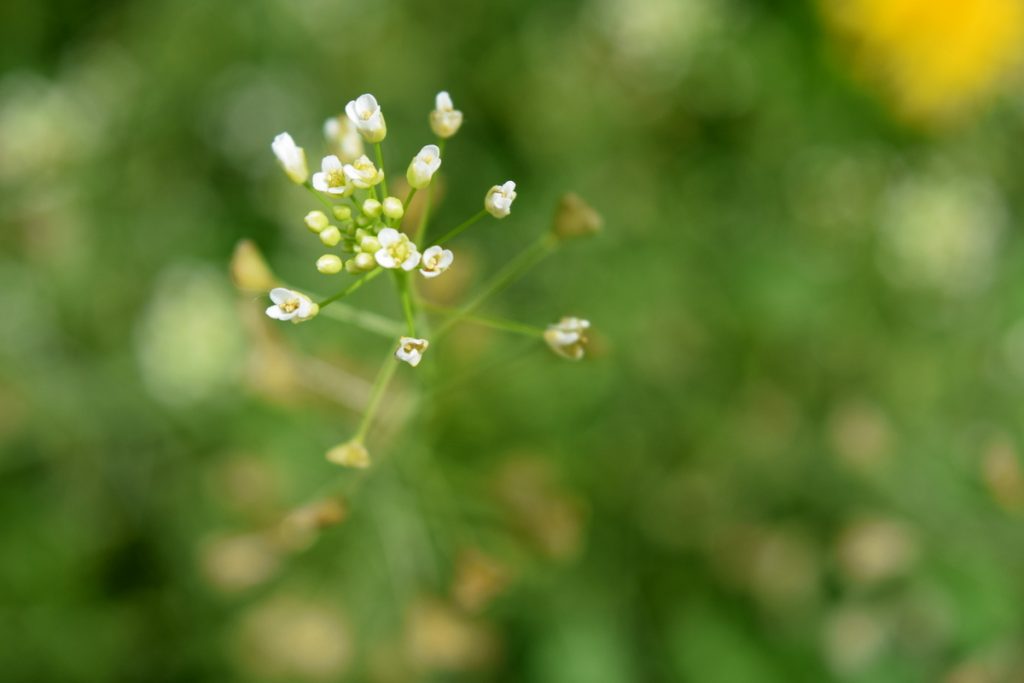 Plants… a great crowd. Awesome collaborators, conviviality incorporated. Together, in some form of extended endurance reaching to all edges they possibly can. Where entropy takes them and they can accept the conditions, they will do their best to connect Earth with the Sky, molding earth, air, water and fire into one glorious statement: living is good and death is but a part of this experience, an experience to be grateful for.

We talk about nursing logs, but it seems to us as though the kingdom (or queendom?) of flora in its entirety is one benevolent sheltering nurse, including the most prickly manifestation of it.

Likewise, mushrooms are the soft landing. Understanding, accepting, even when unforgiving – and not as a result of convoluted thought processes. Their mycelium are convoluted, otherwise they are “merely” plain mysterious.

And they all do this all with hardly any brain-work involved.

See, generosity, happy fulfillment, bliss come not from ignorance, but ignoring reasoning. Just because that’s how it’s meant to be. No questions asked, but also no hidden catch.

The universe is honestly open despite its unfathomable obscurity. And no one is here to brain it into pieces.

In fact, Roland would be the first to say, he is here to burst the waterhead, to deconstruct the bluff of intelligence, raw, artificial and cyber alike, in their tangled mess, and on your side blaze the trail back to the pre-literacy state of mind, when the brain still largely performed the role of a central nervous system, but hadn’t gained domineering over intuition as the chief decision maker. Seems like self-reflecting, self-justifying and self-righteous literacy brought forth by the grain growing cultures of ancient imperial/colonial Hungarian Egypt and Hungarian Middle East (Mesopotamia, Sumer), in spite of its today glorified merits, has brought emotional intelligence, the gut wisdom of intuition to its knees.

Well, those knees prove to be strong. Strong enough to survive ten millennia and still be here with us today. But we need to finally stand up, dust those intuition-clad knees off, give them a pat, rub the numbness out of them and start walking again on our individual intuitive paths like nothing had happened.

We are convinced that the moment one starts making intuitive decisions (instead of cognition-based ones), we are on to a sustainable life. But not until the gut is elevated to its universal glory anew.

That’s it, we have said it: a sustainable lifestyle keeps universal flows, like intuitive draw forces at its core – at its heart, if you will. As an automatic result: ignorance, aggression, passivity, boredom, dissatisfaction, ill-health and a whole suit of age-old human demises will instantly yield to their opposites: loving care, gentleness, active curiosity, soft (benign) creativity, self-fulfillment and vibrant health, to name but a few of the all positive outcomes. If one needs the aforementioned contrast for orientation, points of reference, well, that person only needs to look around and take into account life circumstances at present.

But – as you may sense – this dramatic change is hardly possible to achieve in a few sittings of mmm, Ommm…

What it takes, is a drawn-out process of challenging ourselves with discomforting measures, starting with paradigm shift – the hardest of all, but you have necessarily made it through, if you are still with us.

Well, frankly, to be and stay with us, we require that you never ask the question “why?” anymore. Not from us and definitely not from yourself. That’s the hallmark of someone morally committed to a whole new life (not a tweaked old one, mind you – there is a huge difference). That’s exactly the kind of people we deal with. And only them – nota bene!

Ask, on the other hand, a cart-load of “how?”s. We are more than happy to assist you. That’s any designer’s best client – and sustainable life designers are no different.

The two of us Sustainable Lifestyle Designers, Cheryl and Roland, and our equally important third partner, our daughter Csermely, are available to you, sustainable life seeker, either together or apart, depending on your case, such as family status, with or without children. We as a tight-knit open-minded family welcome you to check in with us and, likewise, open up freely, prepare yourself to the flows…

Our prices are an absolute reflection of our decade-and-a-half-long individual expertise, forty years’ worth of cumulative experiential wisdom, are in line with our true self-worth, as well as the personalized, tailored to the individual and exclusive long-term commitment we guarantee bringing to the table.

Thank you for choosing our sustainable lifestyle mentoring services which are a novel concept and therefore unique in the world, yet is accessible regardless of your location, which, let us guess: is somewhere urban. Well, we have to break it for you: now, that you have shifted paradigm, you ought to pack too – you must leave (sub)urbia!

There is no such thing as sustainable urban life. None. They are mutually exclusive.

For now we’ll leave you with that food for intuitive digestion and are looking forward to your getting in touch with us. Talk to you soon!

Working on a small compost bin for food scraps.