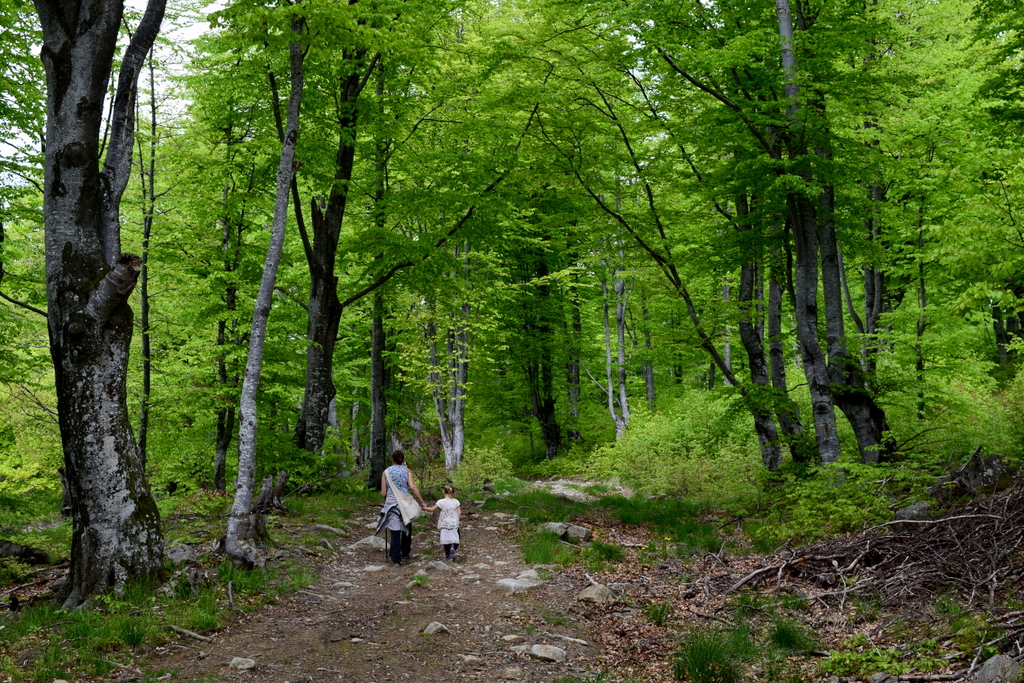 Why bother filling our lungs with fresh air….

Why bother to quench our thirst with clean water…

Why seek cool shade in the scorching heat of the sun…

Why look for diversity when plain is so comfortably familiar…

Why inspire ourselves and our youth by all-sensory immersion, when so much is offered for our fingertips in two dimensions…

All these questions are but variations on the same theme. And the common answer could be summed up by a revealing brief remark:

Us humans seem to forever suffer from a continuous clash between the amnesia of the conscious mind and the extremely long-term memory of the subconscious.

In order to be able to perform well at our daily tasks, we keep focus close to our nose-tip and – apart from the specialist few – the majority of us rarely look back.

The subconscious, our instincts and intuition, however, if I may lump these all together as the carriers of evolutionary imprints, constantly nag us with reminders, notes of emotions, feelings of an ever more distant past, a near-paradisiacal environment here on Earth, which pointers the rational mind disputes as anything relevant in contemporary life and incessantly sweeps them off the retina of our third eye.

We tend to believe in gods, the results of cultures-wide self-suggested abstractions as reality, but doubt our very true common memories, a communion shared between more than just us humans, but all coexisting animate beings.

As far as we are concerned, we attribute this immaterial intelligence to air, water and rocks alike.

And, as fate would have it, no other animate being doubts these distant memories outside of Homo sapiens that we have become.

Affiliating ourselves intensely enough with a common origin, so that it, once again, irrefutably gets registered in our conscious mind, this “rational” mind no longer questioning the extreme virtue of intuition along with the emotional images it evokes, we can learn how to summon these images intentionally and with that inspiration get back to our terrestrial roots, the forests.

Of course, researchers can prove in thousands of scientific works the near coast-to-coast existence of mature forest ecosystems on all continents (save the polar-most regions), prior to the appearance and slow creeping ahead of humans in those habitats. As is the case with climate change research and the human-triggered acceleration factors within the change, despite the well-intentioned dissemination of concerns in media organs positioned closer and closer to mainstream, the widest societal groups are still reluctant to assume personal responsibility for counteracting global warming.

People continue to be aghast on the surface, but apathetic, impassive and utterly ignorant in real terms.

Now, it could be the case that the doings of climate, like the unpredictable weather patterns, are a realm of overwhelming complexity for the human mind, conscious or subconscious, to understand. As animate beings we have never had to directly deal with such powers.

The forests, however, we have directly dealt with for countless millennia, almost always to their detriment. We have tried hard, more recently, to make excuses in the hindsight as for why it was practically inevitable, given the development of our brain and social traits, to slash and burn the dense forests, hunt down its beasts, especially its fearsome megafauna, exploit its soils and forge ahead applying the same tried-and-tested blueprint. Extremely destructive, yes, at the same time acting in rational self-interest, as modern economists might say.

Our interpretation, by contrast, is irrational self-interest, a non-understanding prompted by forgetting how nature works and what our limitations are, that they have to be set way-way below nature’s regenerative limits. A matter of intuitive self-moderation.

Of course, this might have inflicted incomparably slower processes of climate changes than the one we are witnessing at present. Climate had changed before, since the formative years of the human race, and these changes must have engaged in a feedback-loop response system given to human deforestation activities, reinforcing soil impoverishment, indeed desertification and the associated heat and drought extremities. Think of the Sahara, the Australian deserts and possibly the Gobi rock desert of inner Asia.

There have been examples, though, to a fairly early adoption of tribal practices, that after the extirpation of the largest fauna (a big enough grief for the Earth by itself), managed to keep humans in relative harmony with their forested habitat. In some instances this equilibrium of sorts has lasted virtually to present day. Such have been certain Native American tribes in North America and some secluded tribes of Amazonia.

These, and similar peoples dotting the globe, knew a lot better than the vast majority of Earth’s human population why to bother about not only select trees, but entire forests.

They were not the ones sailing and sinking them to ocean floors, burning them mercilessly to clear space for densely populated settlements, monoculture type crops, but neither were them who sacrificed the dark and prolific mystery of forests to the forward-march of a light-thirsty Christianity.

None of these offenders – often colonizing the more agreeable temperate zone regions, where it also happens that nature’s self-regeneration takes longer than in the rainforests of tropical climates – hastened to replace what they denuded from the landscape.

Historians know of times and places where large and wasteful ornamental gardens were created, not uncommonly to juxtapose surrounding barrenness with the incorporated fertile fantasy that wealth and wealth alone can create. Good taste, not brute Nature.

But with the massive reforesting projects in human history, much to its shameful, regretful narrow-mindedness, we had to wait – how ironic – until the communist totalitarian political regimes of the second half of the 20th century, like in Mao’s China or Ceaușescu’s Romania.

The British Isles were shipped and “sheeped” barron, likewise Ancient Greece, the Dinaric Alps of Croatia and much of the Italian or Iberian peninsulas. As if without regrets. And what do we celebrate today in these places?

The Acropolis and the white-walled blue-topped houses against a scampy scrub in Greece; limestone outcroppings in Croatia; in Tuscany the Lombardy poplars lining the roads; the Don Quixotean mirage vibrating over a scorched Spain; the bluebells and heather tinting England and Scotland, amongst the semi-desertous green of overgrazed paddocks.

So, let’s start awakening, healing from our universal human amnesia.

Do not only look back a couple of generations and name them the “good old days”, wishing we were there once again.

Oh, no! We ought to heed our subconscious inclinations that draw us back so irresistibly, even if in tremor before their mystery, to the old-growth forests providing shade, shelter, crystal-clean spring waters and streams, food to forage for, above all oxygen to feed our bloodstream and our progeny’s.

We want those forests back because it’s in all of our interest to have its wild inhabitants roam and buzz around in a teeming harmony. With ourselves among them, not aside in an apartheid way.

Native forests are to re-emerge at a fast rate, because history has taught us it’s safer within than without.

To prevent devastating floods and landslides from happening, also to anchor the banks of our rivers. Forests attract precipitation, but they also let the water through at a much lower intensity, distributing runoff the most evenly.

Burning wood for fire has remained the sustainable way to heat and cook over – where there are forests to selectively cut from, that is. Peat or dung are pitiful proxies by comparison, coal is a no-go, while propane-methane make you vulnerable to entities controlling the turn-on/turn-off valve.

Forests with the cumulative soothing energy of the trees, are places to bathe your body and soul as over-urbanized Japanese have learned.

In the woods, one is constantly stimulated, aesthetically pleased, it’s an environment that is highly inspirational for all art forms and more: artisans will find all the diverse materials and creative sparks they can dream of.

Forests heal through and through!

They promote slow living and that’s exactly what our world needs, right now more than ever.

There can never be too many trees on the planet. Do your share of planting.

Rewilding yourself is not only necessary, it is urgent

Who a natural lifestyle is for…

Winter is slowing approaching... Any signs of sno